Microeconomic theory aims to study individual economic behavior and their interactions in market economies , interactions analyzed since Léon Walras in the context of general equilibrium. The expression microeconomic theory imposed itself in the middle of the 20TH CENTURY in order to make the distinction with that of macroeconomic theory which concerns the relationships between aggregate quantities: consumption, investment , employment, etc. Having become common since that time, the expression is considered to be equivalent to that of theory of prices and the allocation of resources , which has spread since the end of the 1950s. « Goods », « resources », « agents », « markets » and « competition » are the basic concepts used for analyzes microeconomics. 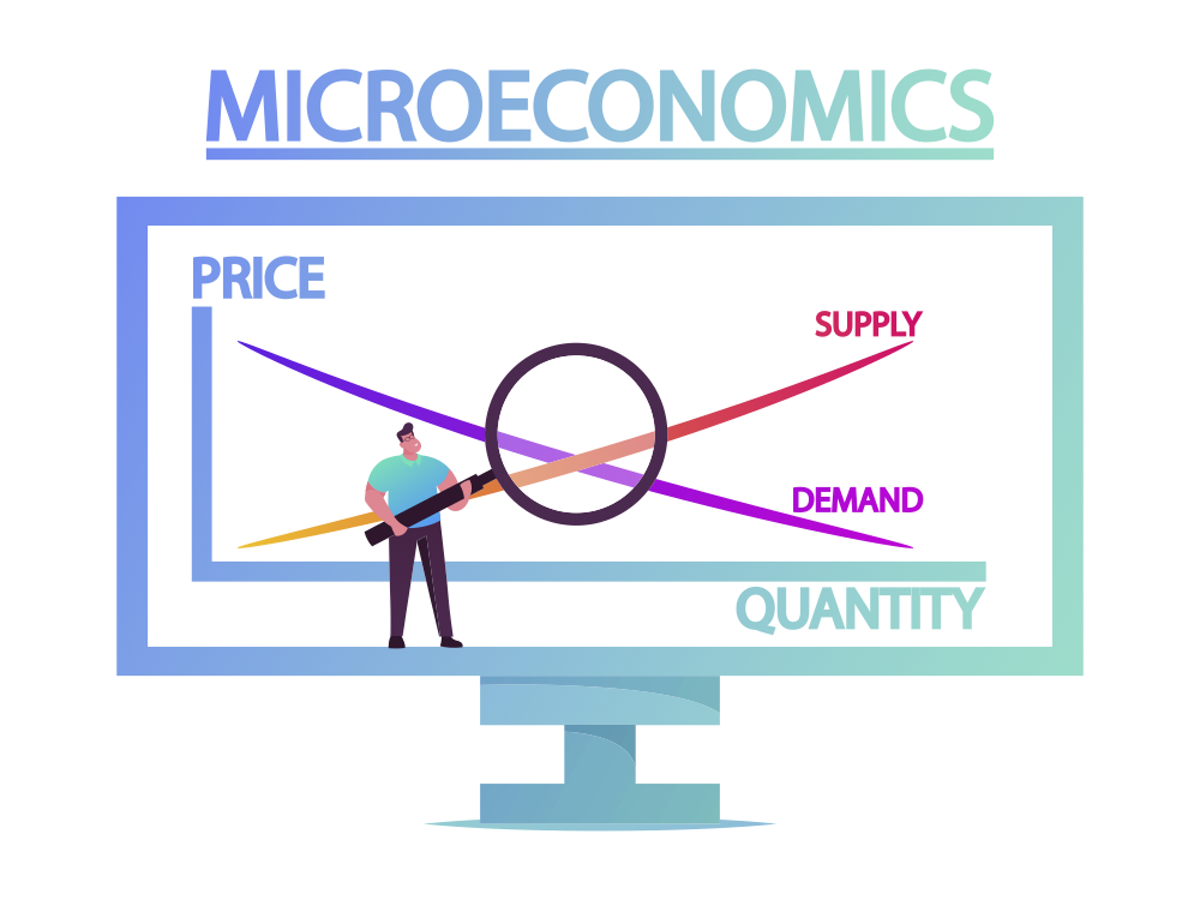 Eachgood(material good or service) is characterized by the property that two equal quantities are perfectly equivalent. Thus, two materially identical objects are considered as two different goods if they are available on two different dates and if the date of availability matters in the analysis.

A resource is a quantity of a good which is found to be available at the start of the analysis, for example an ore buried in the ground for the analysis of the mining extraction, or the work to be provided by a person if this ci is considered as given in the analysis of the consumption of the person studied.

Theagents are the individuals, groups of individuals or organisms which constitute the acting elementary units. Each agent corresponds to an autonomous decision-making centre. In most microeconomic theory, there are only two types of agents: producers and consumers .

Onemarket is the seat of the exchanges that take place on a given good (on a given date if the analysis distinguishes two or more dates). This market is said to be competitive, or of perfect competition, if all exchanges take place there at the same price (the usual concept when it comes to exchanges).

In microeconomic theory, the analysis often claims to involve many goods and many agents, even in indefinite numbers. It also aims to be rigorous. We therefore understand that it is carried out with the language and modes of reasoning of mathematics. Since the middle of the 19TH century ,the mathematization of the theory of prices and the allocation of resources has gradually imposed itself, to such an extent that the habit has been taken of also designating this branch of economic theories as mathematical economics. It is of her that it will be a question here. But the objective will be neither to demonstrate nor to write the general models by which the theory was established. The mathematical writings will conform to those used in the theory, but will aim for simplicity. The plan adopted here will also conform to the approach followed by the theoretical research.

How Do Employees Develop Leadership Skills?

How to Motivate Yourself – The Psychology of Self-Motivation

Why is Motivation a Good Skill ?

7 Easy Ways to Exercise at Work